German team player Kroos is about to usher in his national team for 100 games. He said in an interview: "This is very special, but I am more concerned about next year's European Cup." 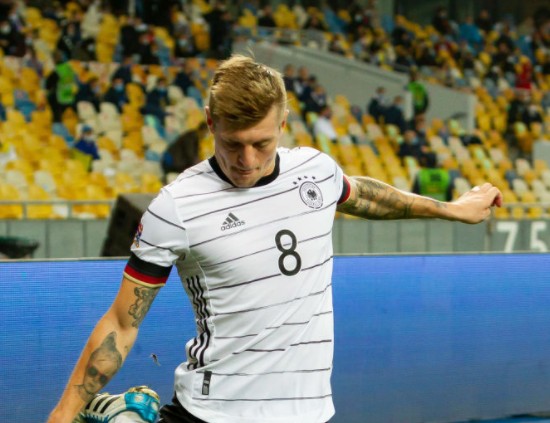 "Preparation for the game against Switzerland is the same as other games. Of course, it feels great to be able to play 100 times in the national team. It's very special and it shows that you can often play here."

"This number is very good, a whole number. However, I will not stay for too long for this. Because the European Cup has been lingering in your mind. Whether you have played 100 times or not, the important thing is to strive for success."

"The best national team game is definitely the most successful one. So, the World Cup final. Especially the feeling after winning."

"Of all my national team matches, the 2014 World Cup final was the most successful one."

"The number of appearances has never been important, or who is chasing in this regard."

"I have always wanted to be a good national team player. The quality of the national team game is the most important from start to finish. It is about success, not quantity."